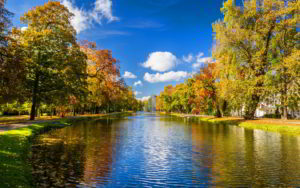 Below are the mandated moedim or feasts we observe as a fellowship. There are also other feasts that are not mandated that some in our fellowship also observe, such as Purim or Hanukkah. Click the blue Learn more button next to each feast for more info. There are also detailed videos pertaining to appointed times at the bottom of this page.

Passover/Pesach &
the Feast of Unleavened Bread

Day of Atonement/Yom Kippurim begins at sunset on Saturday, October 16th and ends on Sunday, October 17, 2021.

In 2021, Sukkot begins at sundown on Thursday, October 21st, and ends at
sundown on Friday, October 29th. The last day is referred to as "The Last Great Day" or "The Eighth Day."

Last Great Day of the Feast

Hhodesh is important as it is how we biblical count to know when to start the Spring Feasts and then subsequently the Fall Feasts.

We will look at the two most popular ways or schools of thought of how people look at the calendar and when they start their count.

Method Two: In contrast to that, other persons, such as our assembly, always start our count with the sliver after the first New Moon, subsequent to the Spring equinox, after Spring has started. In other words, once Spring is here, we then look for the first new moon after Spring, and that's our count to Day One of the New Year. With the way we count according to Scripture, the new month never starts before the new year. Why would a new month start prior to a new year?

Occasionally both methods of counting will end up with the same feast dates. This happens about every other year or every third year, and it happens at times because the nearest new moon to the Spring equinox is sometimes also the first new moon after Spring.

To recap, Judaism always takes the closest new moon, and we always take the first new moon after Spring is announced, which is founded in Scripture. We have a weekly Question & Answer Bible Study on Friday nights where further questions about this can be asked. In addition, there are full videos on our YouTube channel and website about the "Heavenly Calendar" that examine multiple Scriptures in detail pertaining to Yahuah's calendar, the Day, Year, Moon, Month, Evening, and similar topics. We have put two of those videos below.

WHEN: Passover begins on Sunday, April 25th, and ends on

WHEN: The Feasts of Trumpets begins at sunset on Thursday, October 7th, and ends on Friday, October 8th.

The Day of Atonement / Yom Kippurim

Sukkot / The Feast of Tabernacles

All about Shabbat (The Sabbath Day)
Yahuah's Heavenly Calendar